Last year, the number of women-owned businesses exceeded 9.4 million (comprising 30 percent of all businesses in the United States). What’s more, the revenue these companies generate has become an economic force to be reckoned with -- standing at nearly $1.5 trillion, as of 2015.

And with more than 60 percent of women entrepreneurs predicting that their profits will increase in 2016, it makes sense that more and more women, specifically those without spouses, feel compelled to enter the game.

Never before have we seen such a time when women were so present in the business world, and that presence has implications for aspiring entrepreneurs everywhere.

Why single women are taking the lead
There are many different reasons individuals make the jump from the corporate life to entrepreneurship. In some cases, it’s flexibility; in other cases, people desire more fulfillment from their work. Whatever the specifics, it seems that single women, with their unique wants and needs, are finding entrepreneurship to be a natural fit for their lifestyles.

According to a March 2016 study, single women are less influenced by society’s gender roles and are drawn to the idea of being their own boss. The camaraderie that often accompanies a local entrepreneurial community is also a key driver for unmarried women entrepreneurs, among other factors.

I believe this trend will not only continue through 2016, but also increase at a more rapid rate. These women are ambitious and -- whether they’re aware of it or not -- are busting through stereotypes.

Single mothers, for example, looking for a more flexible way to provide for their children may well encourage single dads to explore their options as well. It’s the start of a positive cycle for future women as well as all aspiring entrepreneurs who feel trapped in a specific racial or gender stereotype.

How to make the jump when the odds feel stacked against you
While it’s encouraging to see more women -- single or otherwise -- stepping into the entrepreneurial limelight, many still feel out of place in a (still) male-dominated world. If you find yourself shying away from your potential purely because of archaic stereotypes, the following tips are for you:

1. Don’t let your fears stop you.
Some well-intentioned mentors may tell you to avoid fear or even pretend it’s not there. Instead, recognize your fears for what they are and do your best to move past them. Rational or not, most of our fears are simply overblown worries about things that may never actually happen. Once you can put worst-case scenarios into their proper perspective, fear won’t own you anymore.

Next, take a good look at yourself and what you have to offer. Write down your five greatest strengths, and think about the power of those assets when you can deploy them absent the baggage of fear. Get specific and creative, and identify next steps to move toward your goals.

2. Know enough to know you don’t know enough.
Not even Steve Jobs knew what he was doing when he got started. Your story is no different. Eliminate words such as “stupid” and “unqualified” from your vocabulary, and remember: You’re just getting started.

“When we started Influence & Co., there was a lot that I didn’t know,” said Kelsey Meyer, co-founder of the company. “Instead of allowing my lack of knowledge to hold me back, I used it to my advantage to connect with, and ask for, help from established leaders and others in the industry. People are receptive when you’re humble and willing to learn. Some of our first clients were actually people I reached out to when we started the company.”

Learn as much as you can from everyone around you. You can lead without knowing all of the answers, and you can succeed without being right all the time. Stay humble, hungry and patient for knowledge.

3. Lead through service.
As you take on new challenges and gain respect and prestige, don’t overlook your chance to make a difference in the lives of your followers. There are countless approaches to leading a team, but being altruistic is at the heart of any great leader. Accept responsibility first, eat last and always consider what is best for those around you who have entrusted their livelihood to you.

“Investing in my team is one of the most rewarding aspects of what I do,” explains Kate Finley, the millennial-age CEO of Belle Communications. “As a female business owner, I see it as my privilege and responsibility to equip and inspire other women to dream big and grow their leadership. None of us achieves success alone. We’ve all had other women invest in us to help us get to where we are today. It’s a joy to pay it forward.”

Women are often seen through the lens of gender stereotypes -- this has the potential to limit them if they allow it. But now is the time to change the conversation by demonstrating women’s success in the entrepreneurial world and knocking down barriers for other aspiring entrepreneurs from all walks of life to find success as well. 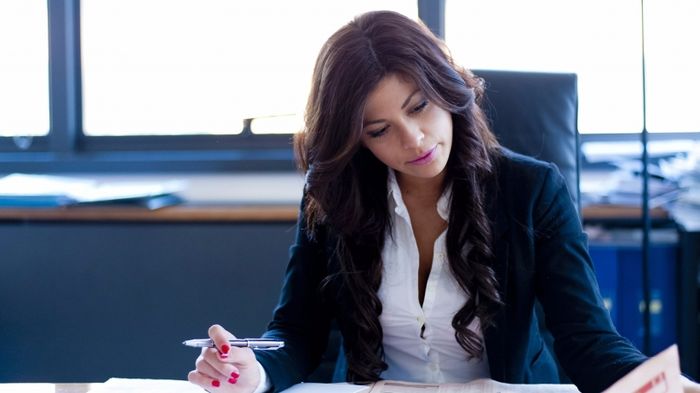 Single Women Are Crushing the Entrepreneurial Game
'All the single ladies' is now so much more than a song lyric.
www.entrepreneur.com
Give points: